Candice Oden as Martha - Freedom in the time of #MeToo 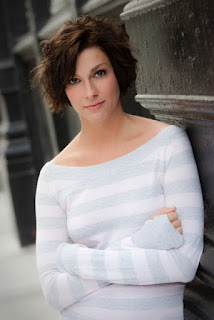 I’ve been aching to act with my theater company for a while. I took a little break to work on some writing, which I’ll hopefully be able to share with you in the somewhat near future, but this production round, I was like, “I’m in.” And what an experience it has been. It’s been such an adventure to work alongside Brandon’s writing process, figuring out as a team what story we were wanting to tell. During our preparation process, we discovered so many things about the story that could be told from a feminist perspective, and we realized just how timely we could make this story-telling.

In addition to the clever and challenging aspects of a many-person story being told by only four people, we also have women playing male roles. And three of the four characters are women in this production. Woohoo! My role has a few characters rolled into one, and some are traditionally male roles. It’s exciting to be able to tell a male’s story from a female perspective, instead of having to actually play a man. And Martha has been such a joy to play. In many ways, she and I are very similar. I think people think that if a character is like you, you have to work less, but I have found that to be quite incorrect. No matter how similar we are, at the end of the day, I’m not Martha, we do not experience the same things, and our responses to things can vary greatly — and with the kind of work we do as a company, those responses can vary night to night!


These are desperate times, and the play speaks to that quite well. It also champions things like the #MeToo movement. The Hysteria of Dr. Faustus is so timely — even reviewers are saying so — and it’s thrilling to execute night after night. This show has so many complexities that are such a delight to deal with on a nightly basis. I was telling my mom I have a place to shove all my emotions, and it’s actually a good thing. Ha!

It’s also been very gratifying to be working with the cast we have in the way that we do. We have a truly organic process, and in that, if a piece of the set breaks (and it has), we have the acting tools to deal with it. No night is the same, and I treasure the opportunity to do this kind of work. My work as an actor has grown over the course of doing many shows with The Seeing Place, and I’m actually playing onstage more than I ever have. Doing this show has been so freeing — it’s definitely one of my favorite TSP productions. And may the rest of the run be performance bliss! :)

Candice Oden is appearing as Martha in THE HYSTERIA OF DR FAUSTUS. The show must close October 21 - To get tickets or to see reviews and production photos, visit www.seeingplacetheater.com/shows/9-faustus.html.

Now in its 10th Season, The Seeing Place is an actor-driven company: built by actors and managed by actors to be a base for actors who want to grow & hone their craft in a creative and supportive artistic home. We are forcefully committed to four key elements of theatre-making:
• Mentoring and developing the next generation of independent, socially-conscious theater-makers;
• Honoring the acting craft as central to the theater-making process, using the rehearsal practices of the Group Theatre to bring vivid, raw, "fully lived" storytelling to our community via our highly trained acting ensemble;
• Presenting compelling works by master playwrights that reflect the struggles and triumphs of our current society; and
• Making theater accessible for all New Yorkers by keeping ticket prices low and affordable.
We live up to our name by engaging our community in a vivid conversation about what makes us human.
Connection. Learning. Humanity.
That's what theater is all about.