How To Make It Through TECH In One Piece 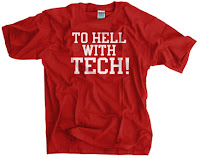 We all know the cliché.  Tech happens.  Everyone jumps off of every wagon they've ever been on.  All of a sudden, the whole cast is on a smoke break.  People drink themselves to sleep.  It's a mess.

It's particularly frustrating as a director.  We're in our final week of rehearsals for A LIE OF THE MIND (so this post is particularly relevant and timely).  Things are really coming together.  We're in an exciting spot.  But I am dreading tech week.  Why?  Not because the show isn't good.  It's in really great shape.  But the panic is just about to set in.  Everybody gets scared.  Everything goes wrong.  Everybody's egos are going to get the best of them.  And nobody wants to be at fault.  I am just about to become the whipping boy.  Anything goal that wasn't reached by any actor or designer, any moment of wasted time, any shortcoming in accommodation is now the director's fault.  The Director becomes the reason why the show isn't perfect.

First of all, the show can't be perfect.  We are always striving for bigger and better things.  That is the goal in art - and in life.  Secondly, theatre is a communal experience.  It's a group of people doing something together.  And all that group has at any given point is their faith, hard work, and commitment to one another.  No one person can make anything fail or succeed.  The strength of the group is what creates a great ensemble - and a great production.  It's necessary to remind ourselves that the rehearsal period is the place to work through issues.  And all we can ask of every artist on any given project is that they take responsibility for their work and give their best effort.

It can always be better.  There is never enough time.  Things will never be 100% ready.  And even on closing night, we should always be searching for more.  After years of performing in AMERICAN BUFFALO (with great reviews in three productions), Al Pacino commented in an interview that he was just starting to understand Teach.  In an exasperated moment after a critique, David Gideon once asked Lee Strasberg, "When am I ever gonna get it right?"  Lee replied, "NEVER.  Isn't it exciting?"

I just saw a picture of someone holding a glass with water at the half-way point on Facebook.  It was an illustration from a teacher, describing stress.  You can choose to see the glass half-empty - and focus on what wasn't accomplished.  You can choose to see it half-full - and focus on what is left to discover.  But MOST IMPORTANTLY, if you hold the glass for a minute, you'll be okay.  If you hold it for an hour, your arm will be very tired.  If you hold it throughout tech week, you're shooting yourself in the foot.  The glass represents stress.  And we all have to remind ourselves to remain creative and productive - even in the face of fear.

Come tech week, every artist seems to feel as though they are on a sinking ship.  And so you end up with a whole group of people running around the decks, screaming bloody murder, rather than working together to plug up the holes.  Perhaps, they don't do this out loud, but you can see the panic take hold.  And as soon as that happens, all of the wonderful work that most actors have taken weeks to create vanishes in a blink.  The concern becomes: Are people going to like me?  Art can't happen with that thought at the forefront.

Tech can be a magical week - when the whole show comes together.  It's beautiful when that happens.  And it's important for everyone involved in a show to try and use their time wisely, rather than giving into their worries.  Many times, we mistake stressing out for hard work.  But all stress does is take us away from doing what we need to do to prepare ourselves.

No matter how long of a rehearsal period you've had, when you hit tech, REMIND YOURSELF that you know the play, your work, your character, and your story 100 times more intimately than anyone coming to see it.  Your job is to share your knowledge - NOT to be impressive.  This lesson goes for me, the artists working on both A LIE OF THE MIND and MISS JULIE (both opening next week in rep at The Seeing Place) - and most importantly, it goes for any artist anywhere when the pressure is on to showcase your art.

Beyond all else, don't forget:  It's called a Play for a reason.


Leave a comment!  It's the single-most important thing you can do.  Share with us.  This is a community - or it CAN be.  But only if you share with us!
Posted by Brandon Walker at 3:47 PM 10 comments:

Email ThisBlogThis!Share to TwitterShare to FacebookShare to Pinterest
Labels: Art of Tech, In Performance, Psychology of Acting, The Marketplace 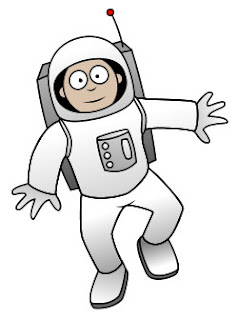 Okay, yes.  The title is gender specific.  Sorry, ladies.  But it applies to all of you Actorwomen, too.  I actually take the phrase from an old friend, who learned it from some teacher at the La Jolla Playhouse Young Actor's program many moons ago - and it actually comes along with a visual of someone walking around onstage like a silent alien or astronaut or deep-sea diver, exploring the air onstage as though there is something there to explore.

Perhaps that seems ridiculous to you.  I know it does to me.  And yet, this is how many actors seem to approach their work in rehearsals.  They show up, ready to get on their feet and explore the world of the play.  How?  They'll get that instruction from their directors.  Hmmm...so, then the director might say a few words, the group may have a conversation or two on the characters or what things stand out, and then they get onstage to work on their feet...and explore NOTHING to infinity and beyond!

Many actors balk at "overthinking" anything - or any kind of extensive discussion of the play, the story, the characters, their objectives (motivations), their journeys, etc.  There seems to be a worry that these kinds of discussions inhibit the actor from exploring.  And yet, these conversations are absolutely necessary if the actor is to be given any kind of freedom to play onstage - so that they have something to explore.

Unfortunately, very few actors bring any ideas to the table.  Therefore, blocking (creating staged moments throughout a production) becomes a necessity.  When afforded the opportunity to work organically, most actors don't know what to do.  So, what ends up happening?  They'll explore their ideas of the lines and the various attitudes they associate with the meanings they hear in their heads.  Or they explore walking around and talking in the way they feel the character would walk and talk.  And they love doing that.  But it doesn't tend to result in any kind of story being told.  You get a bunch of people, walking aimlessly around the stage, talking and gesturing.  Maybe they'll get lucky and happen upon something, but maybe not.  And why leave it up to luck?  If our entire process as actors involves throwing ideas at a wall to see what sticks, then we are lost indeed.

So, what can we do about that?  Well, as The Seeing Place has just begun rehearsals for A Lie of the Mind, we've met, discussed, and ultimately asked all of the actors to come in with a plan.  That plan includes:
1.)  Their character's story as they see it.
2.)  Their character's journey of learning.
3.)  Their objectives for every scene.
4.)  A set of physical tasks to do onstage that make sense to what the character might be doing in every scene.
5.)  And a set of imaginary elements to explore the circumstances and situations given by the playwright - and interpreted by the actors.

And then we get together and rehearse - using both the writer's lines and the actors' improvised thoughts.  In that way, the actors can guide their work logically from moment to moment.  And my job, as the director, is to make sure everyone is actually doing their work and exploring.  Furthermore, I am there to make sure that those explorations are serviceable to the story.  In that way, we can build the production together.  It takes some doing to get used to, but it gets us back to what it was to play when we were kids.  Working this way, many of us have been able to get past the need to be good or to be entertaining, and to simply live through something.  In that way, we become accustomed to discovering the story.

In the final weeks of rehearsal, we'll shape the play that the audience actually sees.  So, we'll only be saying the writer's words at a point, and the technical elements (lights, sound, set, sightlines) will create certain necessary staging.  But we'll have all sorts of things to share that we discovered in rehearsals.

That's how we address it.  It's possible to do most of this alone.  Personally, I find it imperative to walk into any project, having an understanding of the story and an idea of what I can explore during rehearsals.  Most directors welcome that kind of excitement.  And either way, it's important that actors come in having something to say as artists.  After all, that's what theatre is all about.

What are your thoughts on the subject?  Don't be shy.  Conversation is the best part of a community.
Posted by Brandon Walker at 4:02 PM 8 comments: