We're very excited to announce that our production of DUTCHMAN, by Amiri Baraka, was reviewed by Maya Phillips of the New York Times, with our photo front and center! 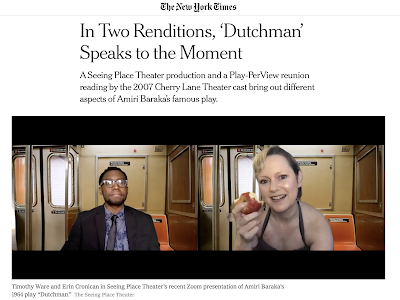 Part of the review reads:

"The Seeing Place production, which starred Timothy Ware and Erin Cronican and was directed by Brandon Walker, highlighted the sexual friction between Clay and Lula. Cronican’s Lula gives Clay a lusty up and down, hungrily takes bites of her apple, a seductive smile creeping across her face. Ware’s Clay smirks gamely in response; he seems mostly unbothered by her odd diversions and casually racist remarks and appears to lust back...By underlining the sexual power dynamic between the man and the woman, Walker’s direction simplifies the larger reach of the play and what the characters represent. The tension becomes less about the matchup of Blackness and whiteness in society than about the interracial fraternization of one Black man and one white woman..."

We also appear in the PRINT EDITION - with a teaser image on the front page of the Arts section: 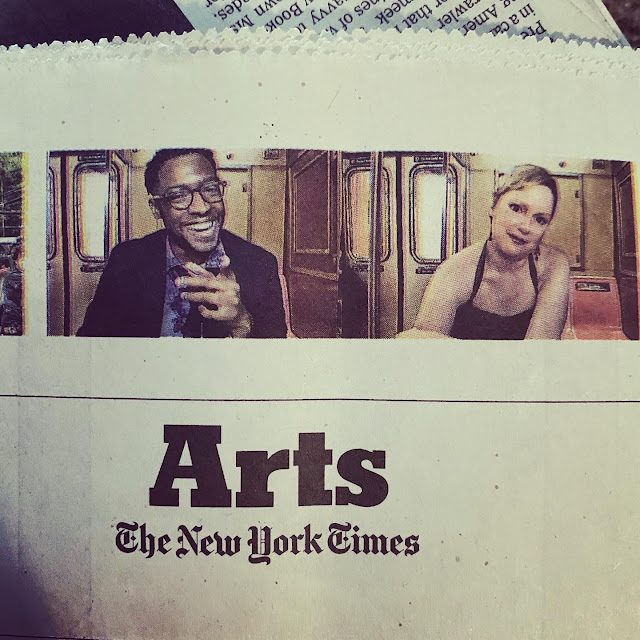 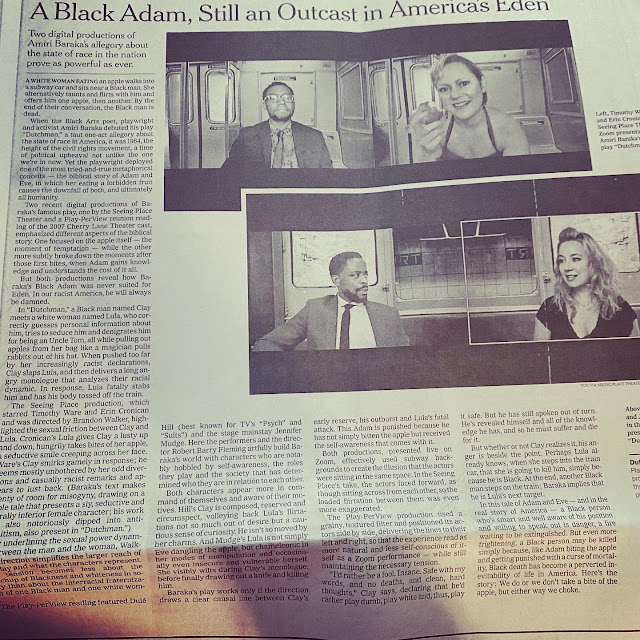 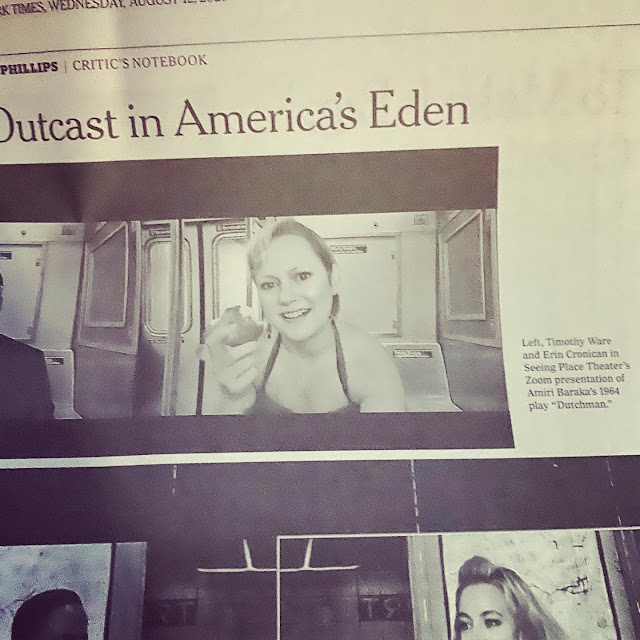 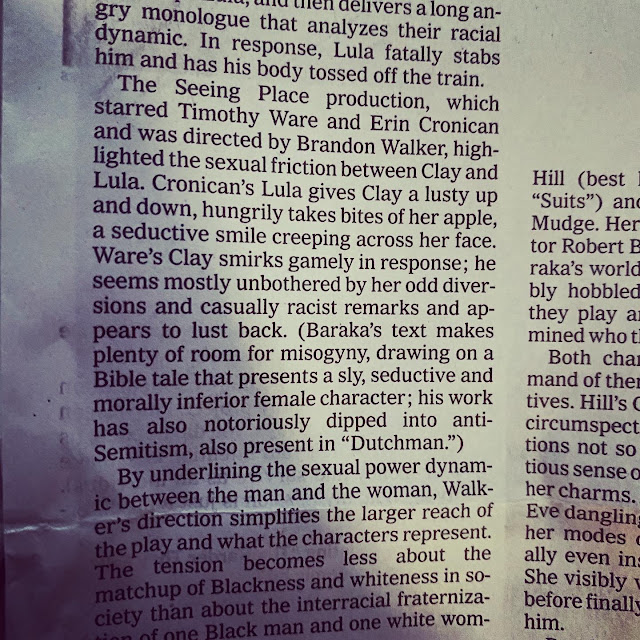 Read the full review here:
NY Times - In Two Renditions, ‘Dutchman’ Speaks to the Moment
Learn more about our production here:
The Seeing Place's DUTCHMAN
Posted by Erin Cronican at 12:03 AM No comments:

Email ThisBlogThis!Share to TwitterShare to FacebookShare to Pinterest
Labels: In Performance, In The News
Newer Posts Older Posts Home
Subscribe to: Posts (Atom)