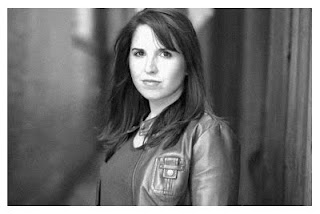 People seem tense these days. I moved to New York this year, after spending 7 years in the nation’s capital. While those years hold many lovely memories, if I’m being honest, those 7 years felt far, far longer. Aside from the traffic, the other piece that makes time move so slowly is living next to the seat of national politics. In particular, since the 2016 election the city has taken on an even more palpable political tension. There is a sense of impending…(doom? anxiety?) in the air, like storm clouds swirling overhead.

One night after a Tech rehearsal, Candice Oden, who plays Martha in The Hysteria of Dr. Faustus, asked me which city was harder to live in: DC, or New York? Without hesitating, I said DC, for sure. That’s not to say I suddenly have rose-colored NYC blinders on, with no recollection of the times I’ve cried on the subway whilst apartment hunting, but suffice it to say there is a LOT to be said for having a little distance from the anxiety-inducing ad nauseum of the Hill.

So how the Hell is all of this related to The Hysteria of Doctor Faustus? (No pun intended. Just kidding. Pun totally intended.) I’ll get to that. I don’t know if you’ve been keeping up with current events these days, but we have recently had a new Supreme Court Justice sworn in. And the news cycle of the last few weeks has had some eerie parallels to our show.

In doing some of the research during the rehearsal process, we did a little reading on a variety of religious philosophies, from Calvinism to Satanism. I started thinking about modern parallels. What does it mean to be damned in 2018? It got me thinking about privilege in a wide sense, and—as it is most prescient to our show—masculine privilege. And how that interplays with Mephistophiles, a damned, fallen angel. Who is a woman. Fighting to smash the Ultimate Patriarch in the Sky.


As Erin touched on in her blog post as well, I also got to thinking about how much women are conditioned to behave over the course of their lives. Amongst the sea of “ladylike” or “not ladylike” behaviors that are ingrained from a young age is this sense of being “nice.” Being nice is so closely linked with ladylike-ness. I also began to think of this ladylike demeanor being so closely linked to one’s interactions with men. Part of that sweetness and nicety is often directed at not hurting a man’s feelings—both not to upset their ego, and also not to upset them to the point of…regrettable action, shall we say. So really, a large part of being ladylike is connected to a sense of safety.

Don’t get me wrong, I am not the first person to think these thoughts, and it’s not necessarily the first time they have crossed my mind in one form or another. But I think over the course of this rehearsal process/news cycle, I came to understand them more deeply and fully. One of the best things about wrestling with a play is you have to wrestle with its deeper-seated meanings as well.


Having lived 30 minutes as the crow flies from the Capitol, I was exhausted from the hourly White House drama. New York has held a pleasant sort of escapism for me these past few months. But I suppose there’s still something of a Washingtonian in me, because I can’t quite break the habit of getting up to watch the Sunday morning shows. I suppose my change in perspective has also put a lot into focus for me about what’s going on for us as a nation.

Though it’s been building for a while now, in a post-Kavanaugh world, there is a tangible sense of feminine rage in the air, vibrating around us. A line from Clare Barron’s female-focused Dance Nation suddenly popped into my head at one of our last Hysteria rehearsals: “What am I going to do with all this power?”

What are we going to do with all this anger?

Truthfully, I’m not sure. But maybe I’m just being nice.

Rachael Murray was assistant director for THE HYSTERIA OF DR FAUSTUS. The show must close October 21 - To get tickets or to see reviews and production photos, visit www.seeingplacetheater.com/shows/9-faustus.html.

Now in its 10th Season, The Seeing Place is an actor-driven company: built by actors and managed by actors to be a base for actors who want to grow & hone their craft in a creative and supportive artistic home. We are forcefully committed to four key elements of theatre-making:
• Mentoring and developing the next generation of independent, socially-conscious theater-makers;
• Honoring the acting craft as central to the theater-making process, using the rehearsal practices of the Group Theatre to bring vivid, raw, "fully lived" storytelling to our community via our highly trained acting ensemble;
• Presenting compelling works by master playwrights that reflect the struggles and triumphs of our current society; and
• Making theater accessible for all New Yorkers by keeping ticket prices low and affordable.
We live up to our name by engaging our community in a vivid conversation about what makes us human.
Connection. Learning. Humanity.
That's what theater is all about.