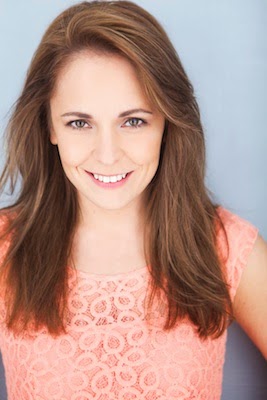 As a special feature on opening week, we're excited to introduce you to our cast and creative team, who talked with us about their life as actors and their experience of creating the world of DYING CITY.

DYING CITY opens February 21 and runs through March 9 - Wed-Sat at 7pm and Sat-Sun at 2pm. For tickets and information, click here.

Introducing: Elle Emerson, who is our assistant director for DYING CITY and is stage managing DYING CITY and TWO ROOMS. Here is her first-hand account of her life as an actor & director, and her perspective on working with this production.

Where you were born/where you were raised:
I was born in Southeast Missouri, where I lived until the age of 18. ​

Did you have any particular mentors or inspirations as a young actor?:
Robin Williams & Steve Martin.​

What age did you start acting, and what was the project:
I first role was in a play I did with the Girl Scouts, I played a little boy named Tommy, I was about 6 years old. I didn't act again until I was 27.

Most embarrassing moment on stage:
I was playing a Hurricane named Daphne in a Production of The Little Mermaid, and after repeatedly whirling around I forgot a line, I covered well, but was embarrassed because I knew I had messed up.

What's your favorite part about being a part of The Seeing Place?:
It is a wonderful group of talented actors that are very dedicated to building each other as artists.

What most excites you about your involvement with DYING CITY and TWO ROOMS?:
These two shows have very important messages that can be conveyed in an entertaining yet poignant way through the depth of the characters that the playwright has created.

Elle is originally from Southeast Missouri. She graduated from Arkansas State University with a Bachelor of Fine Arts Theatre Degree. She enjoys stage, film, and improvisational acting as well as directing. Her favorite roles include Hermia from Shakespeare's A Midsummer Nights Dream & Callie from an independent film adaptation of Stop Kiss. Elle enjoys staying as busy as possible. She is the Production Manager for The Seeing Place Theater, in addition she is an intern for the Katra Film Festival, and Emerging Talent Agency. Most recently Elle played the role of Julie in an episode of Lion TV's show Deadly Devotions.
DYING CITY opens February 21 and runs through March 9 - Wed-Sat at 7pm and Sat-Sun at 2pm. For tickets and information, click here.

It runs in repertory with TWO ROOMS, which runs at 9pm and 4pm on the same dates. For tickets and information, click here.
Posted by Erin Cronican at 3:24 AM